interaction pattern of the component audit 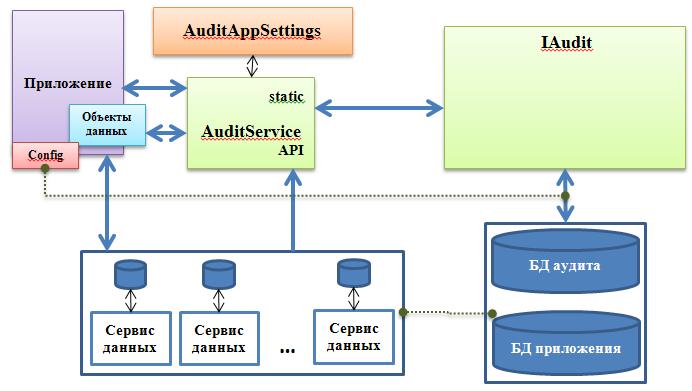 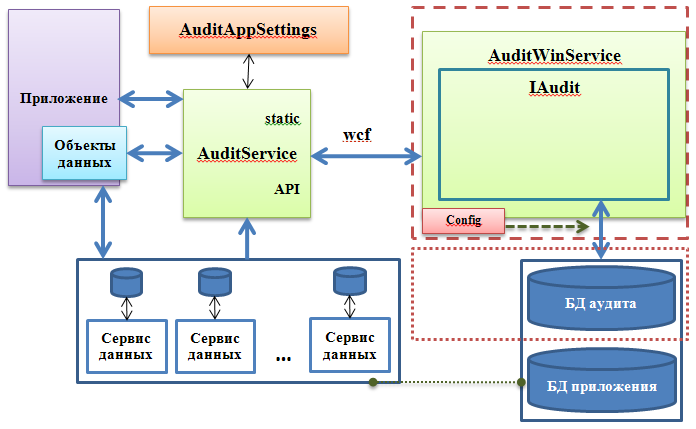 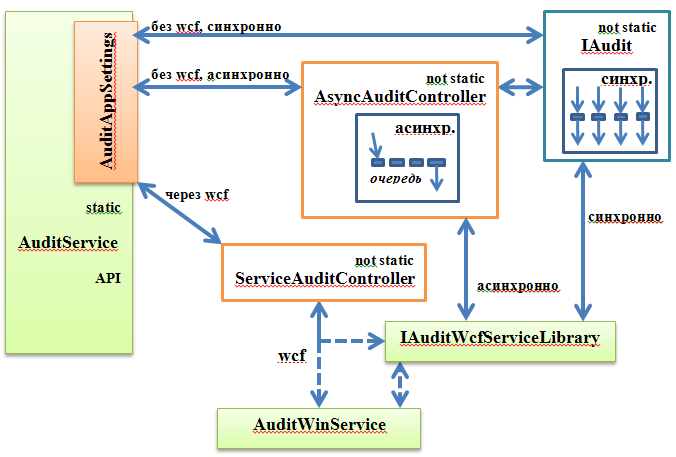 The scheme of interaction of the component audit

layout of classes and interfaces in assemblies Flexberry

To prevent a situation of cross-references in the project it was decided to place the main interfaces of the audit in the Assembly ICSSoft.STORMNET.Business.dll, which already includes data service interface IDataService, and class SQLDataService.

Class ICSSoft.STORMNET.Business.Audit.Audit that implements the interface IAudit, contains the logic of working with the information audit. The audit service AuditWinService c wcf service AuditWcfServiceLibrary supports IAuditWcfServiceLibrary are a container for the logic of work with the information audit. 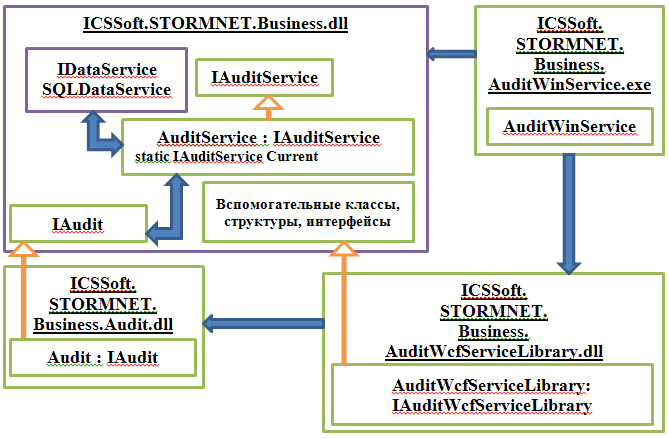 Arrangement of classes audit in assemblies Flexberry and their interaction

Note: the implementation of interfaces corresponds to the present scheme, however, in accordance with the plan for the first phase of testing was only part of the functionality

displays the results of the audit

The approximate set of controls on the form view audit data for a specific change:

In relation to the persistent field values should remark that the settings of the audit will determine:

A structure for storing audit data 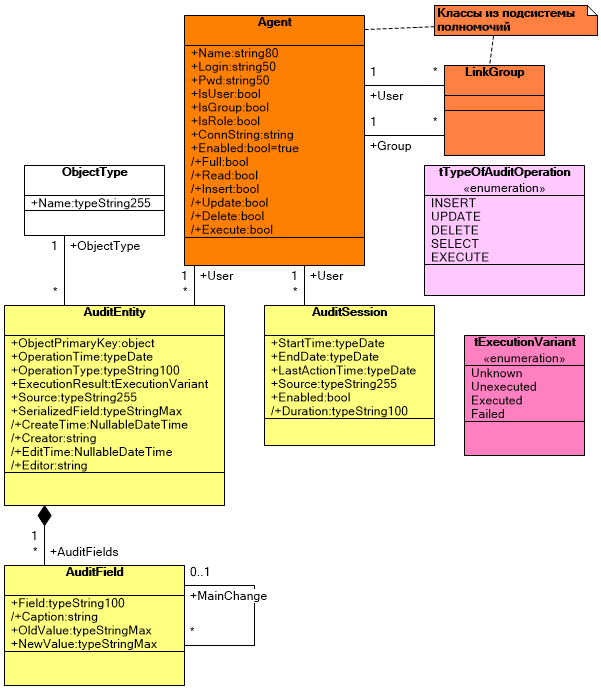 Setting up auditing in Flexberry Tool

Note: the user name is taken from the Tools current user

Note: on the current implementation of audit classes are used: AuditAppSetting and AuditDSSetting; class AuditClassSetting is not used in full. 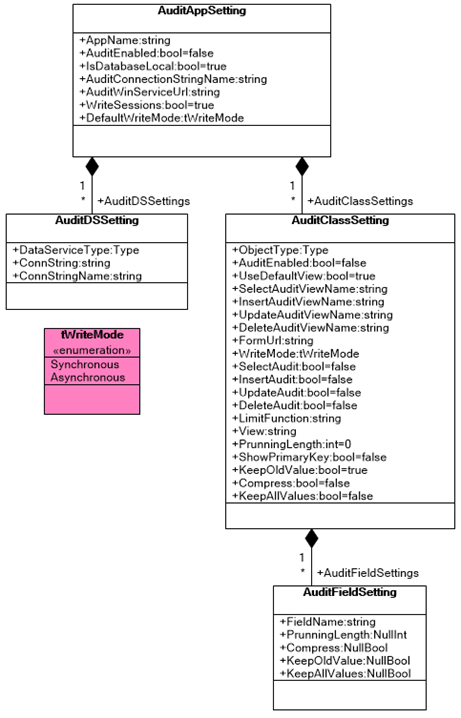 The overall structure for storing settings of the auditing application

General settings audit will be in the AuditService class, which will be deducted at the beginning of the application.

The configuration class will be generated directly into the code of the feature class (similar to how code feature class attribute has been added Views):

In the beginning of the application setup class for audit will be deducted in the structure AuditClassSetting:

Sometimes there is a need to configure additional auditing for specific objects (that is, in addition to the audit, which is conducted for the respective class). For example, for objects ObjectA, ObjectB class Class1 for which audit is conducted only to read, to add audit record.

Settings for auditing objects will be set in the program code will be stored in the structure AuditClassSetting and define fields:

If in the above-mentioned structure LimitFunction and View empty, it will mean that the record contains the settings for the entire class.

In the settings class also provides additional fields (using the information in this article):

Setting the field class defined by the programmer in the program code and stored in the structure AuditFieldSetting:

Configuration data services, the application requires the audit service to audit to determine what data service you need to write audit data.

Information about data services used by the application (AuditDSSetting): 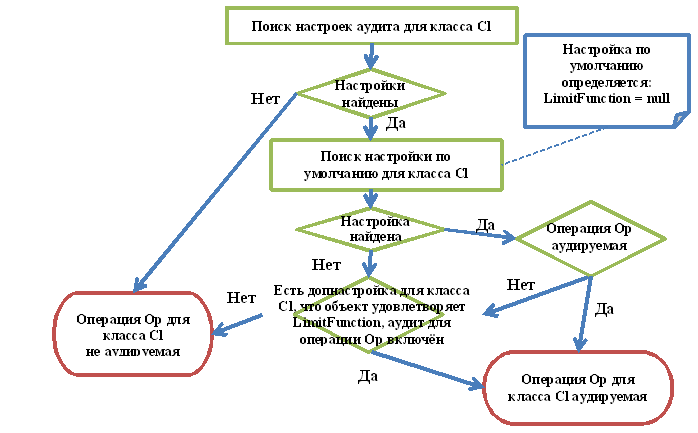 Circuit determining whether the operation is audited for class

If the operation is audited, it was found from settings does the idea, then for your own fields, and datalow defines the options for saving audit information in the following order:

Among the settings of the audit defined in Flexberry Tool, we can distinguish the following types:

AuditService basic settings feature classes gets directly from the class using reflection. General settings of the auditing application is loaded into AuditService at the beginning of the web application in the Global.asax.cs where there is an appeal to a specialized class AuditSetter, which is responsible for the formation settings from the config file and initialization AuditService.

The scheme of reading the settings for the AuditService 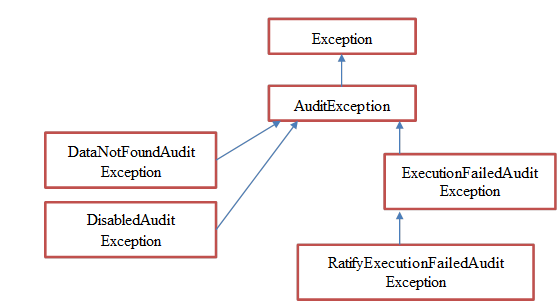