Features UserForm, its properties and generation

The UserForm is designed to determine a blank form, placing controls where you and programming visual logic is executed manually.

To describe the custom form should be applied to diagram a UML class with the stereotype userform, for example: 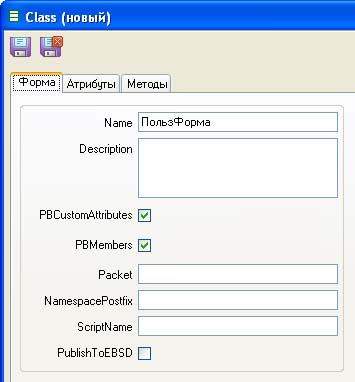 The properties of the attributes are the same as specified in the class Attributes data, given above (in paragraph 4 “What is generated”) comments.

Properties methods similar to those described in the article class Methods and method parameters, given above (in item 5 “What is generated”) comments.