the Concept of the master, detail, relationships between classes, stereotypes of classes

Consider the example of the class diagram concepts on the basis of elementary concepts UML (not the concepts of attribute, method, method parameter, type, role, Association, etc., because they are obvious and entirely borrowed from UML). This class diagram also illustrates typical situations that arise in the design. Any other situation — the implications of this chart. 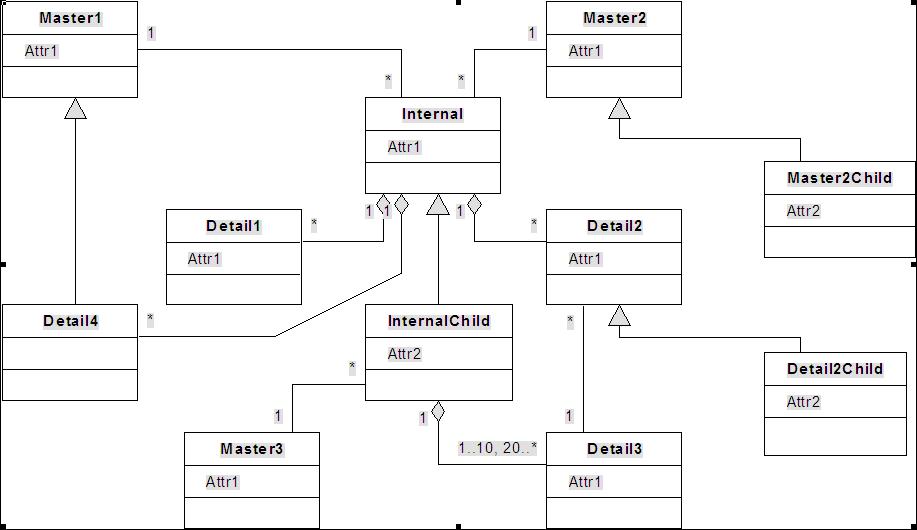 Class, relatively to which in a particular situation are considered Association, called внутренним классом and the rest внешними.

Вложением (subobject) called class attribute whose type is another class.

Association similar to the Association between Internal and Master1 called the mechanics, and the outer class from the multiplicity 1 or 0..1 is called мастеровым or мастером.

Artisans Association can be drawn between the classes, each of which is detalam, and hat they have in common. An example of this is the Association Detail2-Detail3.

When you inherit the attribute structure and composition of links is always increasing and can not be reduced.

Flexberry ORM fully implements object-oriented concept, because in addition to encapsulation and polymorphism makes it possible to use inheritance with object-relational mapping.

Classes on the class diagram, the stereotypes attributed to that allows you to specify the appointment of an UML class.

non-Obvious restrictions of the object structure (what not to do)

Notation UML describes the purpose of its elements, but does not declare the correctness of the» «their use.

Therefore, we consider the main non-obvious restriction that is not described notation, cause difficulty in understanding, impossible in implementation, to avoid.

Detail any level can not be the heir to the caps, as in this case, it turns out that the object of the heir should include himself. 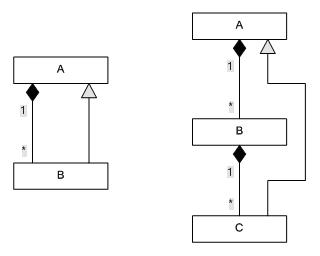 The heir of detail may not be detalam heir hats. 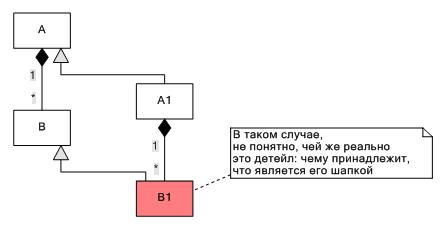 This situation is possible: 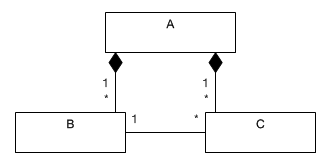