Dialogues with the system

Various dialog box and their description.

Dialogues with the user

The system assumes the following main methods of communication between the user and the system:

In the graphical user interface is called a modal window that blocks the user from parent app until, until the user close the window. Primarily implemented a modal dialog box. Also modal Windows are often used to attract user’s attention to an important event or critical situation.

Modal window should have some sort of structure approximately like the picture below: It can have multiple outputs (at least 2):

In addition, it is important to consider that its size must not exceed 50% of the space just the user interface and the name of the target action button should match the title of the modal window.

The use of modal Windows

The modal window should show up in rare cases, often, when the user performs a critical action, such as deleting something or making a significant change.

A modal window cannot be used to display error messages or successful action.

A vivid example of the use of modal Windows is the removal of objects. Deleting objects must be performed a number of rules: An obvious drawback is that the user does not know exactly what it removes, and therefore confirm the action it is easier. You need to notify the user about which object is deleted and what effects it will cause (in this example it is impossible to restore the deleted object)

This dialog box contains information about a deleted object, the warning about the lack of retroactivity of this action, the focus is on the button No, and cross, which will allow painless exit from “unpleasant”, if necessary.

Pop up a small notification window that usually appears in the lower right corner of the screen, which doesn’t stop the process of interaction with the active application.

Also the main feature pop-UPS is an opportunity not to shut it down, as after a certain time they disappear on their own. Despite this property, the popup window it is possible to close cross in the top right corner.

The use of toast notifications

To use pop-UPS is recommended in cases when it is necessary to notify the user of something, for example, in deriving information on the number of deleted rows.

As is (modal window): So the user can continue continuous work, just show a popup window with the right information. It remains on the user’s screen or until swipe» «or disappear on their own.

The recommended timer to automatically close the notification window 5 seconds.

In addition to the modal Windows and notifications must exist tooltips which appear when hovering on the object when interaction with it has limitations or the interaction is not obvious.

The structure of the tooltip: 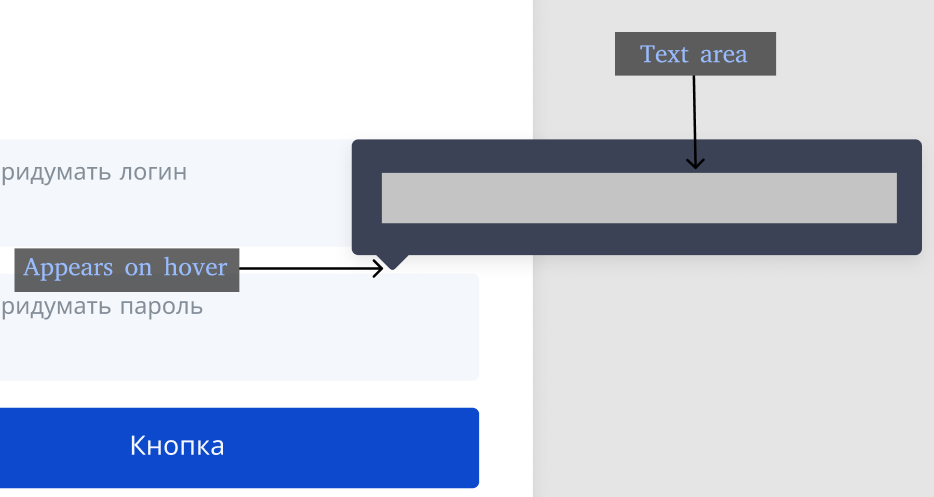 The use of tooltips

When you register the field for entering password is a set of constraints. To the user fill the form a few times, you need to display a tooltip when hovering:

Another example is when the button is non-obvious action, which should warn the user: 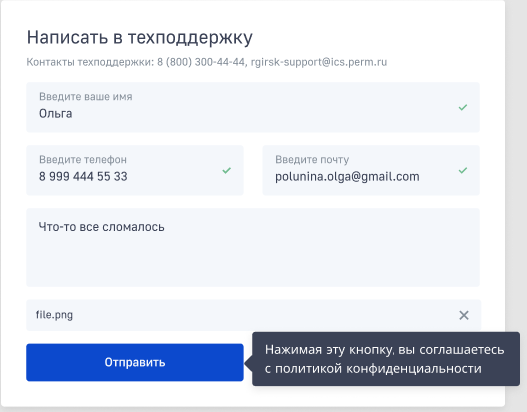