the Internal structure of the

description of the internal mechanism themes

In ember-flexberry for styling the responsible css framework Semantic-UI, it is in a folder /bower_components/semantic-ui. This folder contains directly the folder themes in /src/themes in them separately for each markup element is a file element.variables to define less variables, containing the various properties of styles. Also, there are files such as element.overrides you can write them a full selectors with the properties.

Important: first and foremost, you should override the existing styles using variables in files .variables, and then to use .overrides. 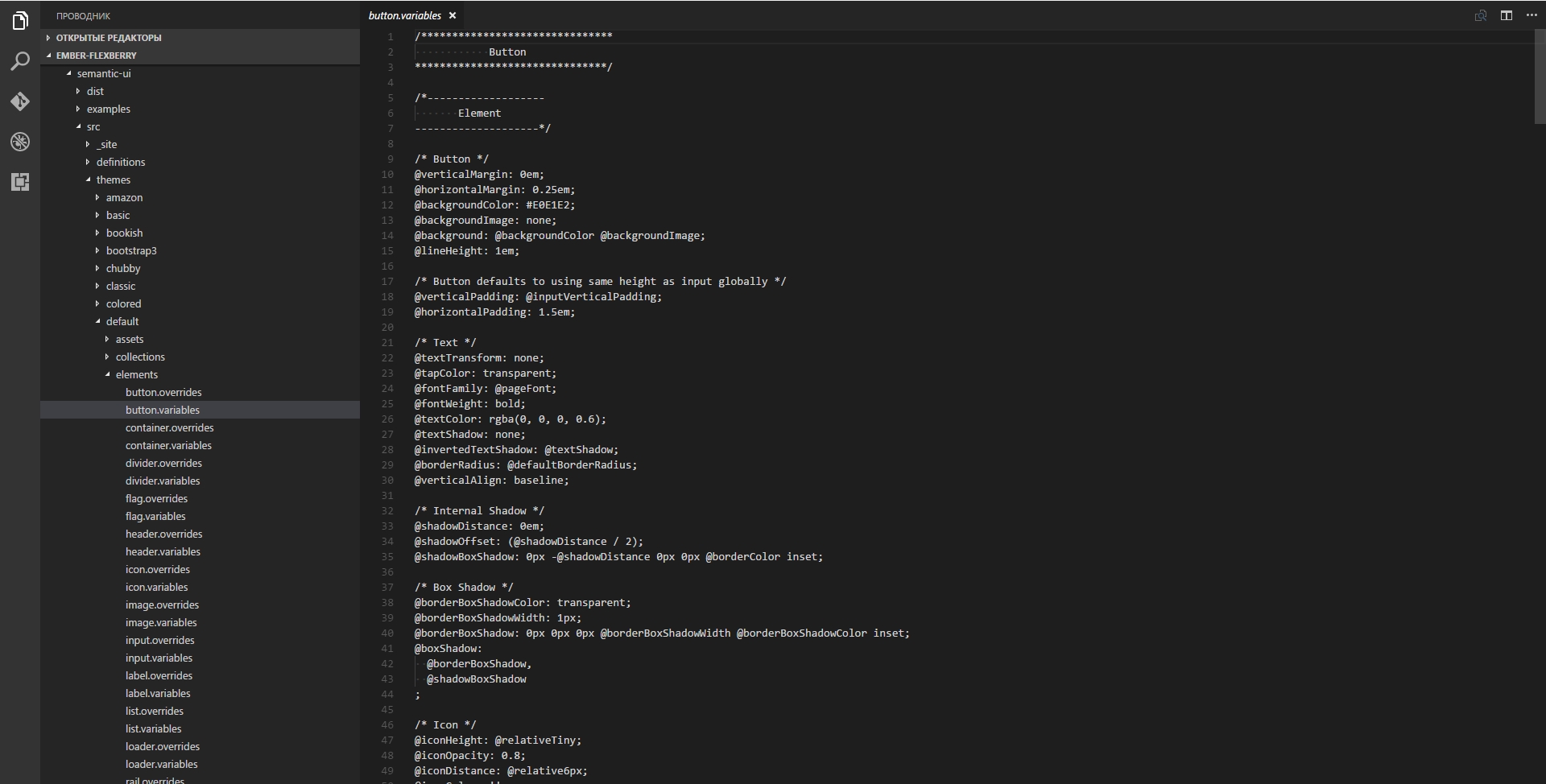 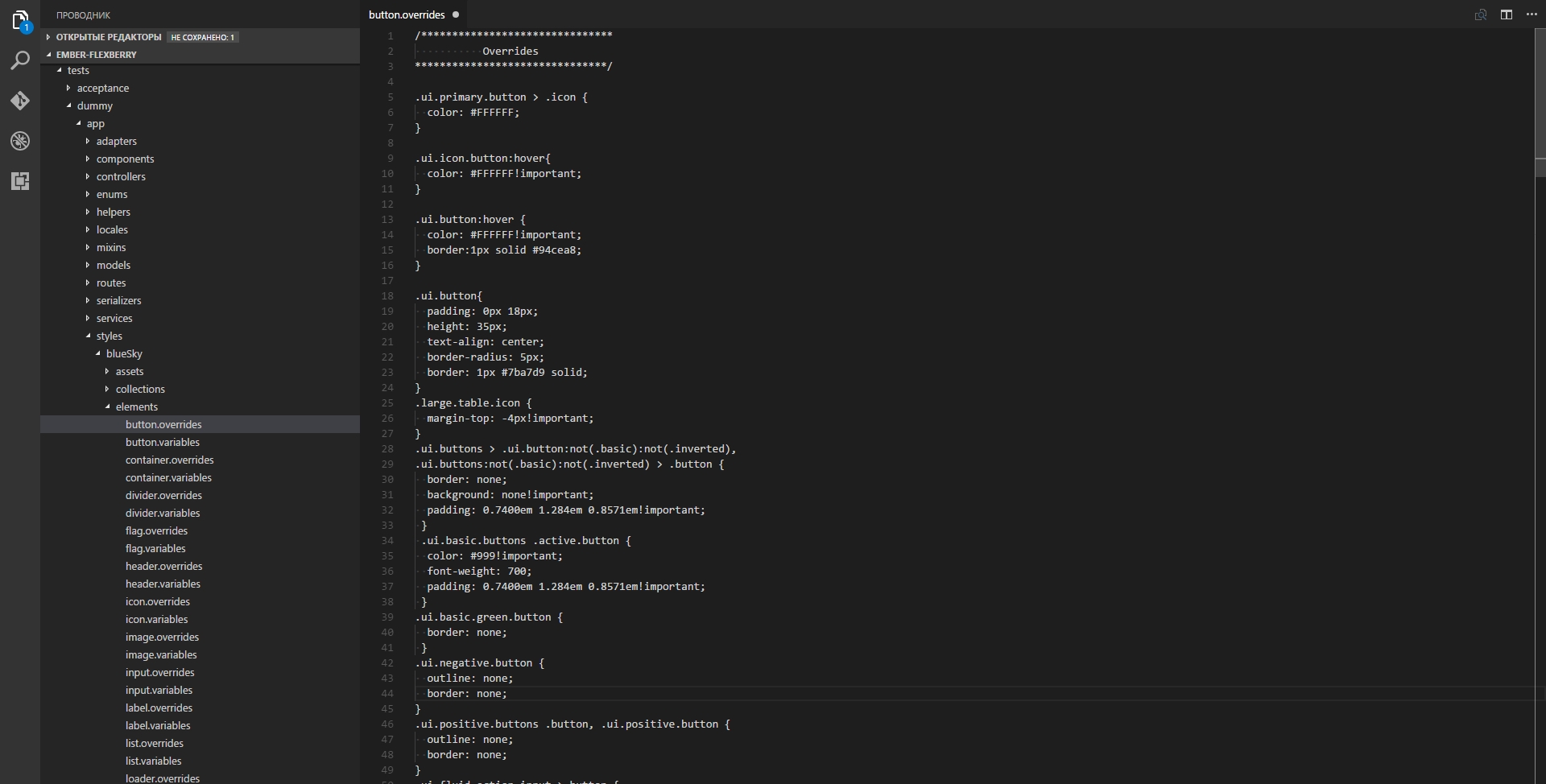 In addition to the themes folder there is a folder /src/definitions in it also each element has its own file element.less it contains all the selectors with variables, which are taken from the files .variables. 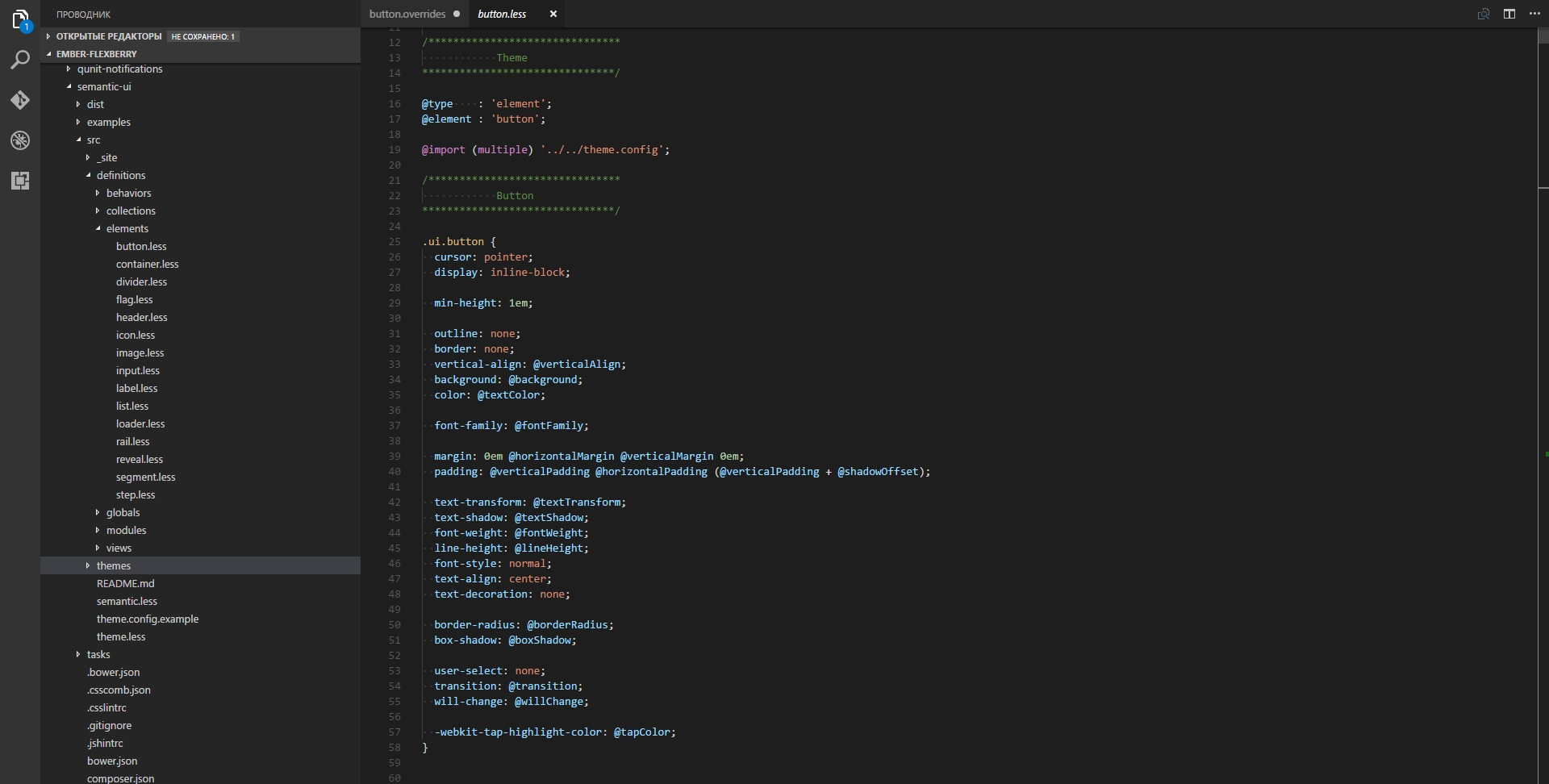 For the selection of the configuration file is responsible /src/theme.config.example, it is possible to specify for each element of his subject, you can specify the elements of different styles from any number of different themes. 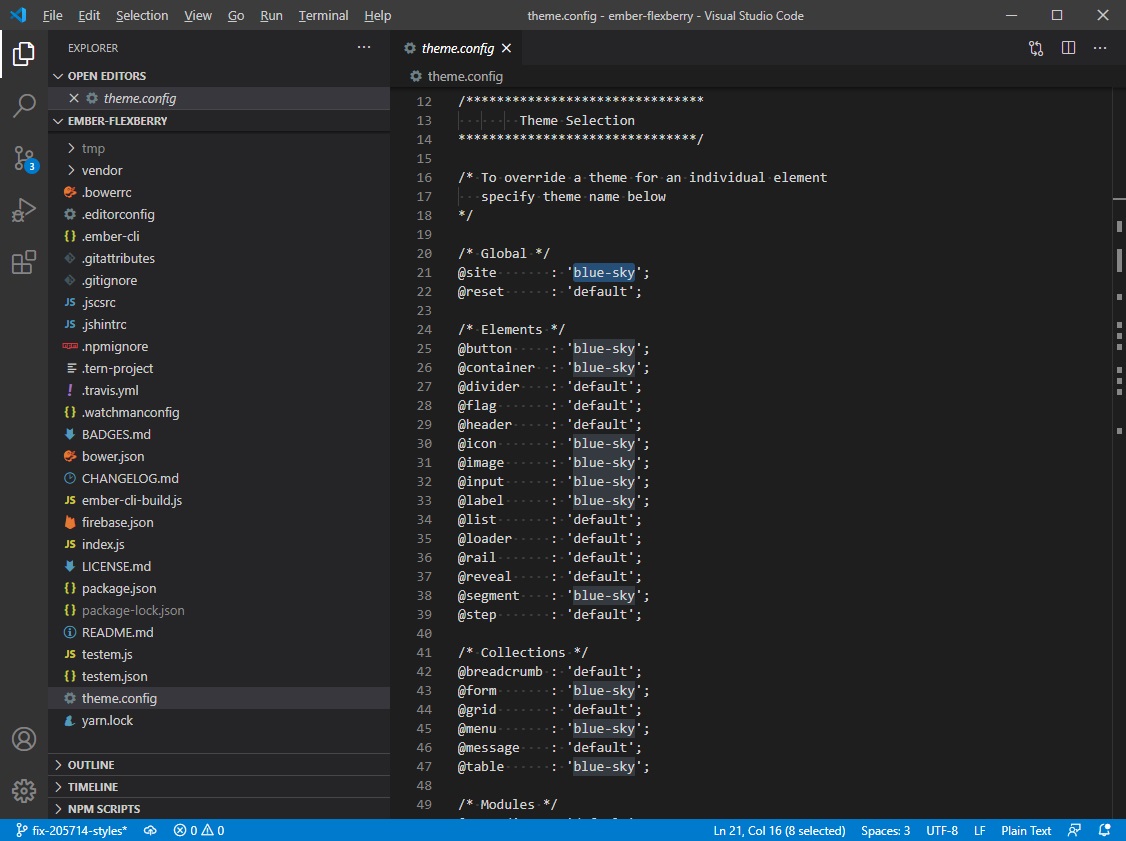 Also in the folder /src semantic are.less and theme.less responsible for import of the items. 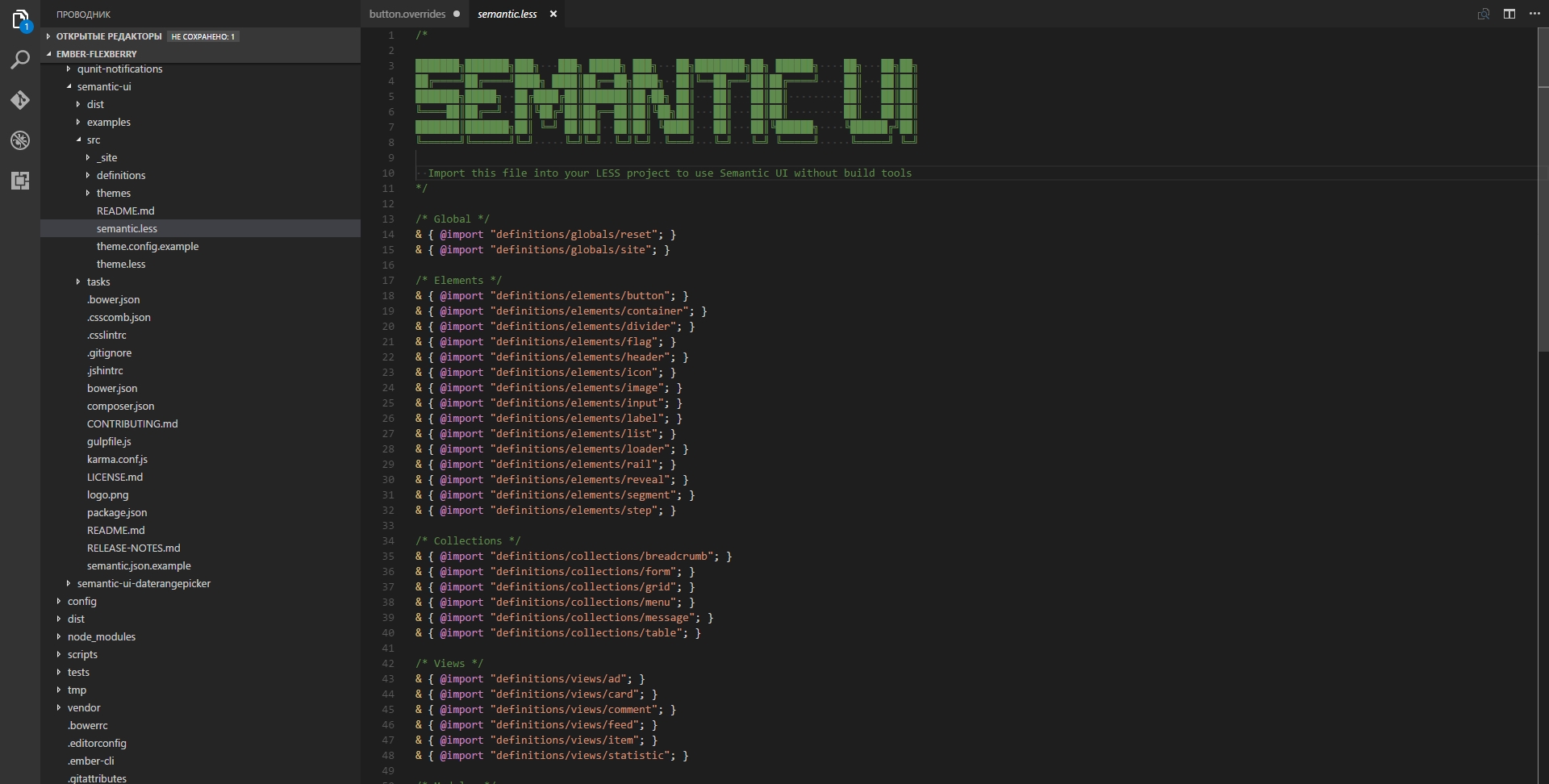 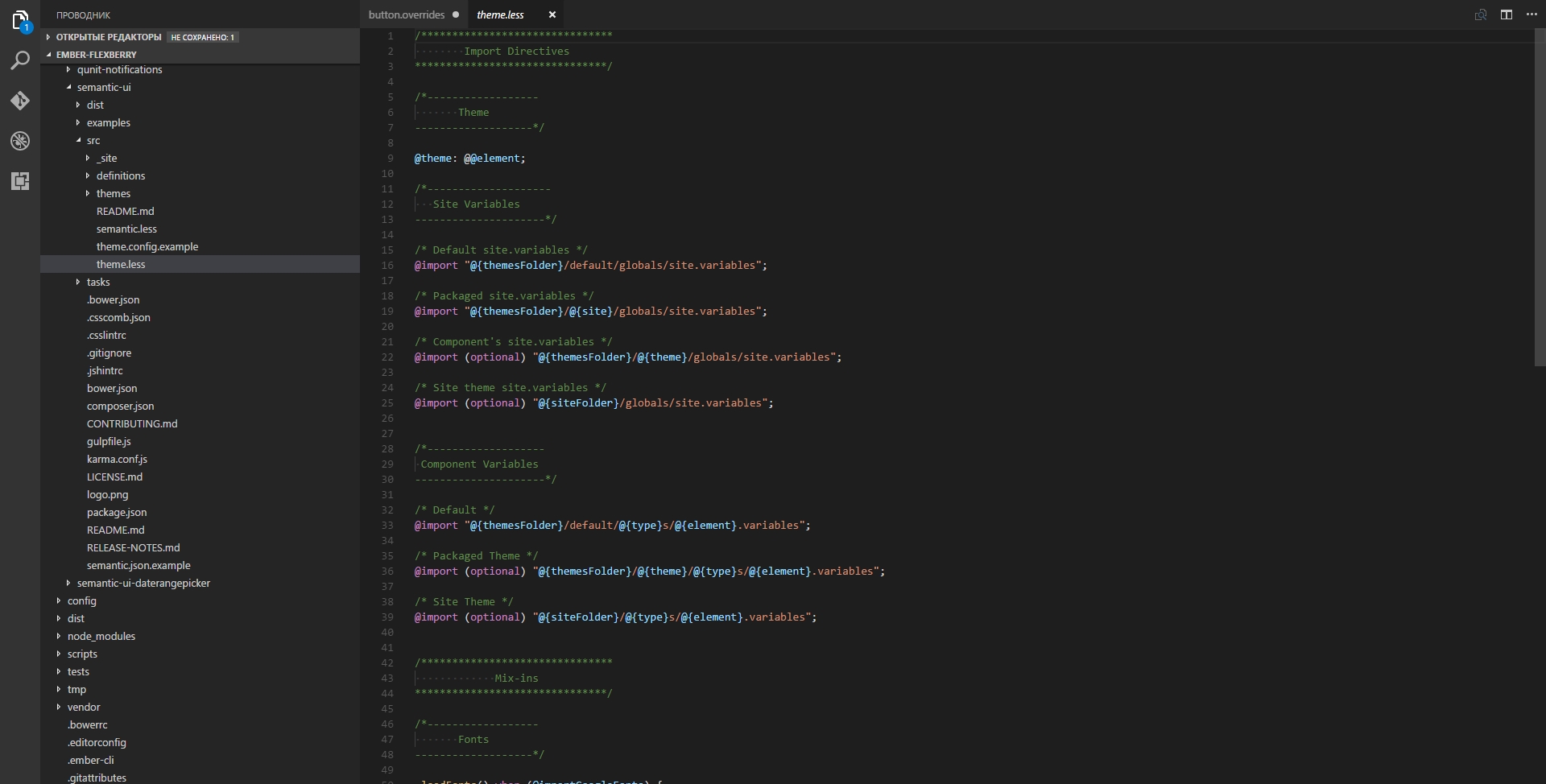