By default, project web app all the forms are generated in the following way: 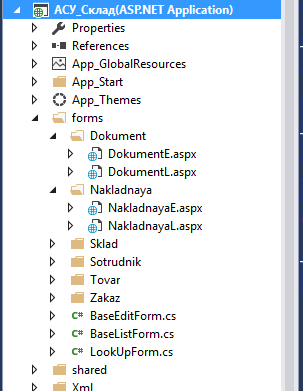 For setting the menu of the web application for different user roles would be more convenient to organize the folder structure of the forms in a slightly different way, since each folder will be a file with the settings for users with different roles to the web forms located within these folders. In addition, when you create real enterprise applications, web forms can be quite a lot and requires, as a rule, the possibility of a more flexible structure within the project right at the stage of generation of web applications.

To change the way of generating web forms in the design phase, you must:

1.In Flexberry Designer open a chart with application prototype to open the form properties (the class with the appropriate stereotype), the way of generation which you want to change. 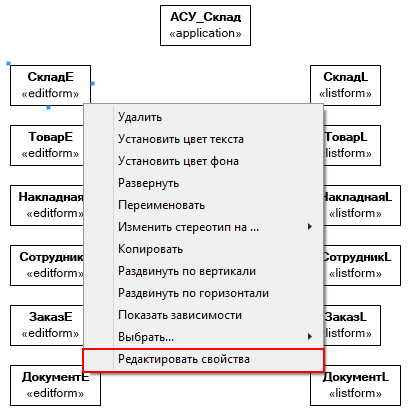 2.In the form you must fill in the property Packet. 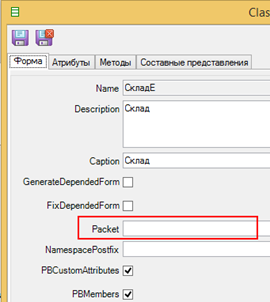 Property Packet for forms should be filled in as follows:

1.To view the path to the generated web application, choose the menu item Настройки -> Путь generation... on the main form Flexberry Designer. 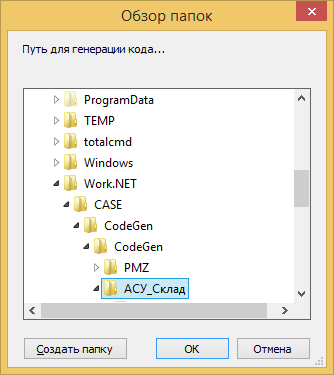 2.Close the window to select the path generation applications. 3.Close Visual Studio if it is open. 4.Open в Explorer Windows folder with the generated web application. 5.Delete all files inside this folder or the entire folder. Then re-generate the web application (from stage select menu ASP.NET -> C# -> Генерировать and компилировать).

The resulting structure is re-generated project, the web application should have the following form: